A message from Jamey -

In 2002 Turley was growing precipitously. Splitting time between facilities in Paso Robles and St. Helena and the myriad of vineyards all over the state did NOT leave much time to start a wine company. Leap and the net will appear.

The first vineyard contract I garnered for newly formed Whetstone Wine Cellars was 'Catie’s Corner' Viognier. Sara Lee Kunde was the larger than life owner of Catie’s. She and her husband Richard owned and farmed hundreds of acres of grapes throughout Sonoma County. The thing I remember most about her was feeling like an integral, albeit very tiny, part of her grape empire. She insisted on being the one driving you to look at vineyards and discuss farming which was and is super rare.

The river cobbles and Goldridge loam soils a bit north of the Santa Rosa airport were perfect for my needs. The deal over there is dropping lots of fruit at veraison so crop levels are around 3-4 tons per acre. The flavors of apricot and aroma of honeysuckle only come at lower tonnages that tend to concentrate the finished wine while keeping a measure of acidity. I love Viognier from Condrieu and felt this Russian River spot could get me as close as possible.

The 'Pleasant Hill' vineyard fell into my lap spring of 2003. I used to follow Patz & Hall pretty closely in those days. They had just started a relationship with the vineyard owner Bob Jenkins and the vineyard manager Charlie Chenoweth. Charlie is a storied grower in Sonoma County. James Hall introduced us and that kicked off a 20 year relationship continuing today.

I love the soils there; Goldridge loam (think dense pound cake) throughout the entire vineyard. Clonal selections were also apropos for me at the time = Dijon clones 115, 667 & 777. The icing on the cake was being located smack dab in the middle of a fantastic swath of the Russian River appellation on the backside of Sebastopol. The climate there is absolutely brilliant for growing California Pinot Noir that still looks, smells and tastes like the real deal.

Charlie will tell you I’ve relaxed a bunch since we first started working together. He’s taught me a ton about growing grapes in the past 2 decades and hopefully we’ll enjoy another spell of similar length.

Some of you know I keep a running, hand-written journal year around. Excerpt from 06/06/20: "Gorgeous mid 70's. We reopened on 05/31 and crushed it! Folks did not leave, drank lots of wine & were just wonderful. Several regulars here today (that were here last Sunday!) are coming back tomorrow! Everyone bringing friends..."

Those are the moments I have chosen to look back on over the past two years. Of course, if you are a California grape vine you may find it impossible to grasp any upside to the harvest of 2020.

Catastrophic fires all around us started on 08/17 and by 09/28 we'd lost the Viognier crop at 'Catie's Corner'. The 'Pleasant Hill' and 'Walala' vineyards both survived to good measure by simple luck of geography.

You'll have to wait until the fall for the 2020 Walala. In the meantime, we'll release the hounds on the 2020 'Pleasant Hill' Pinot Noir for your drinking pleasure.

Although we are sorry for the loss of the 2020 'Catie's Corner" Viognier, we cracked open a bottle of our 2018 and decided to share these last few delicious cases with you! 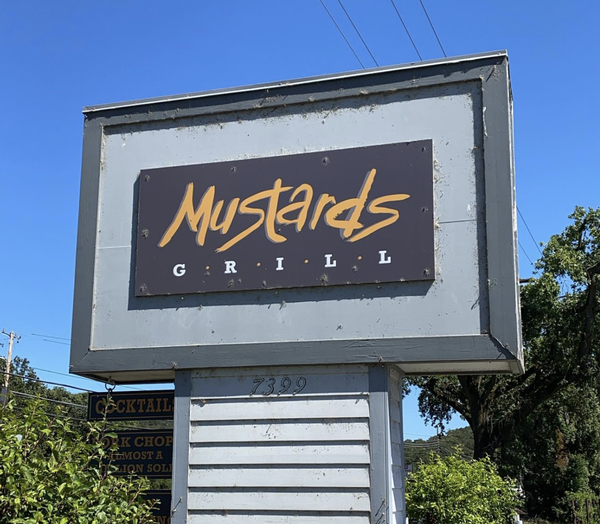 Landing in Napa August 1996 was abrupt. My first wife and I had left behind pretty idyllic life in Charleston, SC on promise of a small bungalow in a vineyard near Mustards Grill and a job waiting tables there. About half way across the US and two weeks into our sojourn I was faxed an offer to be an Assistant Manager paying roughly half of what I would’ve made as a Waiter. Upon arrival the address we were given for said bungalow was riddled with human-sized holes in the exterior walls and a lack of indoor plumbing. I’ll spare you the next few months’ worth of lodging shenanigans.

One of my duties at Mustards was to assist the wine buyer, meaning stocking, inventorying, costing, etc. It also gave me direct access to all Napa Valley wineries we did business with. You have to remember, the Valley was way small back then… Don Weaver would come down and deliver my allocation of Harlan himself. Gil Nickel, Rob Sinskey, Jason Pahlmeyer, Helen Turley, Barbara Eisley, Bill & Barney Rhodes, Al & Boots Brounstein, Bart & Daphne Araujo, Chuck Wagnoner, Bob & Margrit Mondavi, Tim Mondavi, Michael Mondavi, Jim Barber, David Abreu, Dan & Nancy Duckhorn, Christian Moueix, Larry Turley (remember this name!), Jamie Davies, the Chappellet's… not to mention so much of Hollywood. It was nuts the folks I’d meet and get to know in a few short years.

So was it the Mongolian pork chop over mashers with pickled cabbage and finished with Chinese mustard that packed the place day and night? It was, but it was also one of the greatest wine lists of all time to pair with that upscale “truck stop deluxe” fare. Michael Oullette was the wine buyer and managing partner and he was a F&B savant. He bought all the obligatory Napa and Sonoma wines, but to lure the winemakers themselves he knew that wasn’t enough. (I mean, who wants wants to drink the juice they make for a living while alternatively choosing between Chave and Rayas to go with a burger?!) So he cherry picked from the greatest wine houses the world over in the greatest vintage years; Chave, Vega Sicilia, DRC, Jayer, Comtes Lafon, Lafite Rothschild, Ducroux Beaucaillou, Guigal, Raveneau, Dauvissat, Latour, VT, Rayas, La Nerthe, Rudy Weiss, Pichler, Prager, Nigl… you get the idea.

Anyway, after spending two years at Mustards raking in $28K/year pre tax I had two job offers to choose from:

2 - $10 bucks an hour driving a tractor and working in a wine cellar.

Be very careful what you wish for …